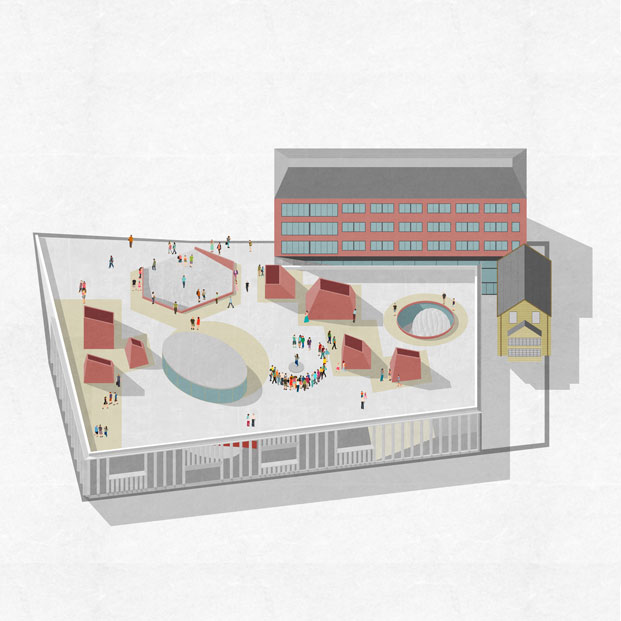 Walking down Brannbakker road after another study day at the UiT Norge arktiske universitet. Just passed the fourth block after the Court House in Kogensgate Road but something is different. A wide square spreads in continuity with the path that locally breaks into the ground while six red cones stand out on top of the horizon. Beyond that: verdant pines, the sea and the mountains again. An open-air performance captures the attention of the crowd while the youngest are enjoying sports activities thanks to some temporary fields here and there. Even the Bromsgård Park is still there on the right but, embracing us all, runs in parallel to reach the Town Hall, so anyone can barely see the railway. Walking around, it’s quite impossible not to be caught by the transparent rounded glass that, shining, make that elliptic roof so light. It spontaneously forces to look down at a little world of swarming people through a jungle of lights flying bright membranes, vertical long panels. A stage, lots of seats, the light that burst into that oval space. 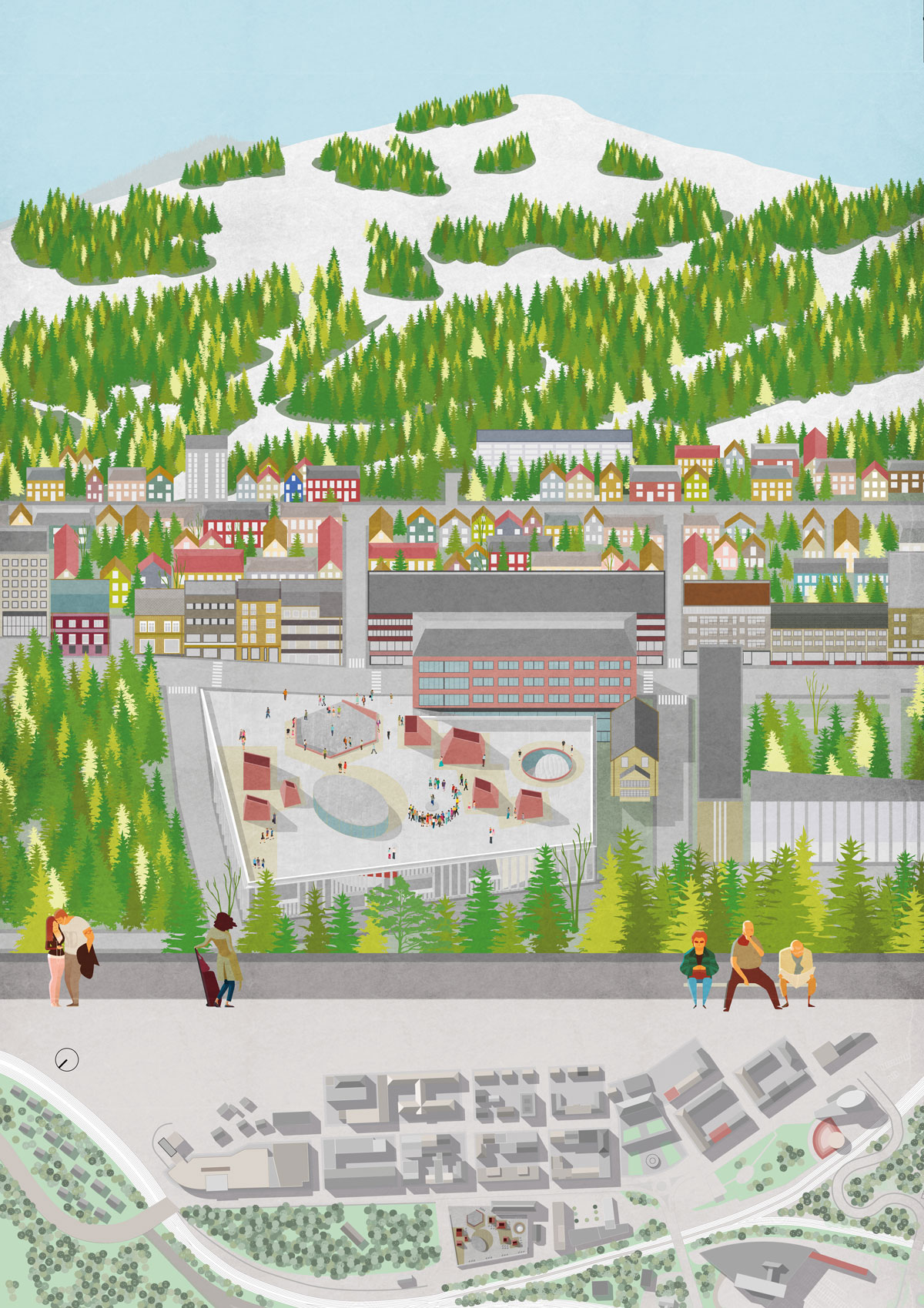 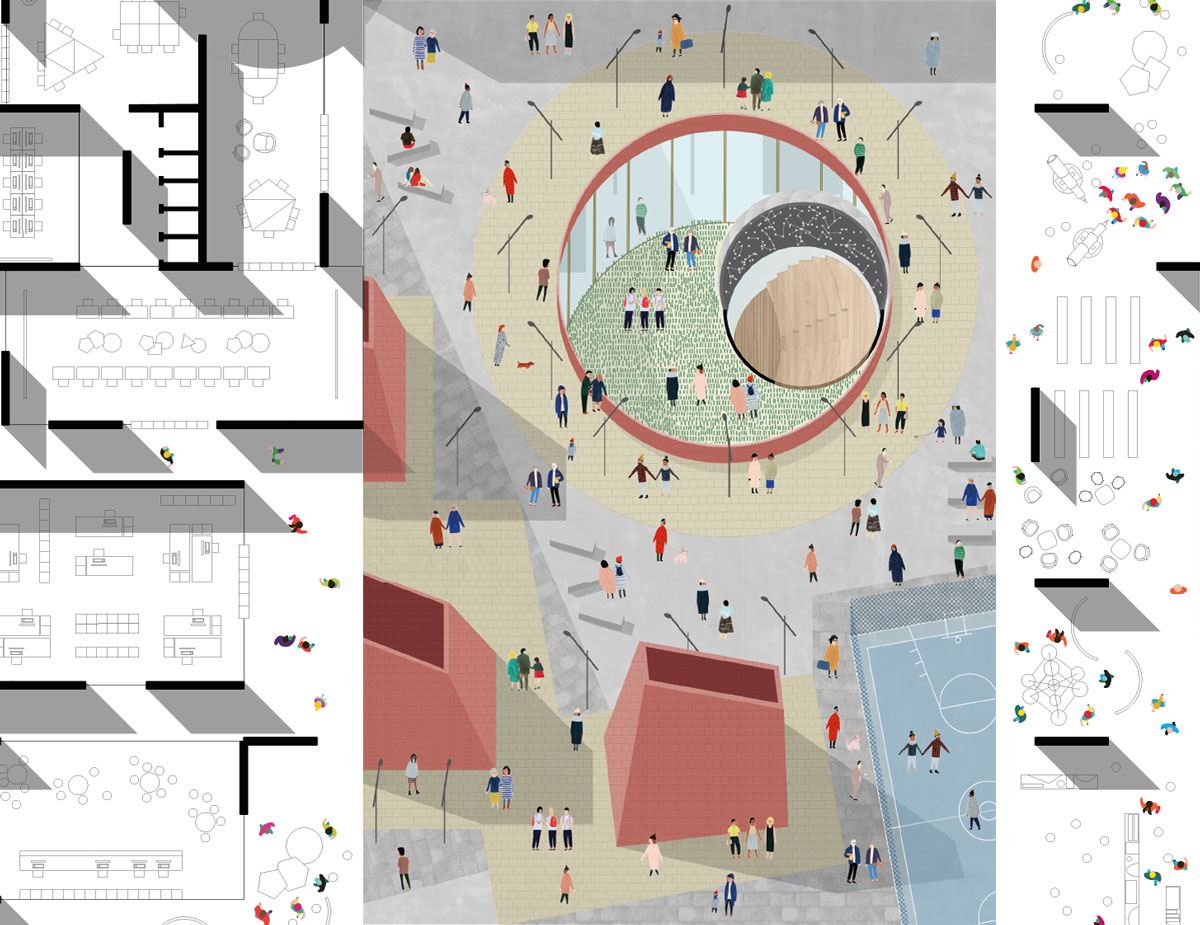 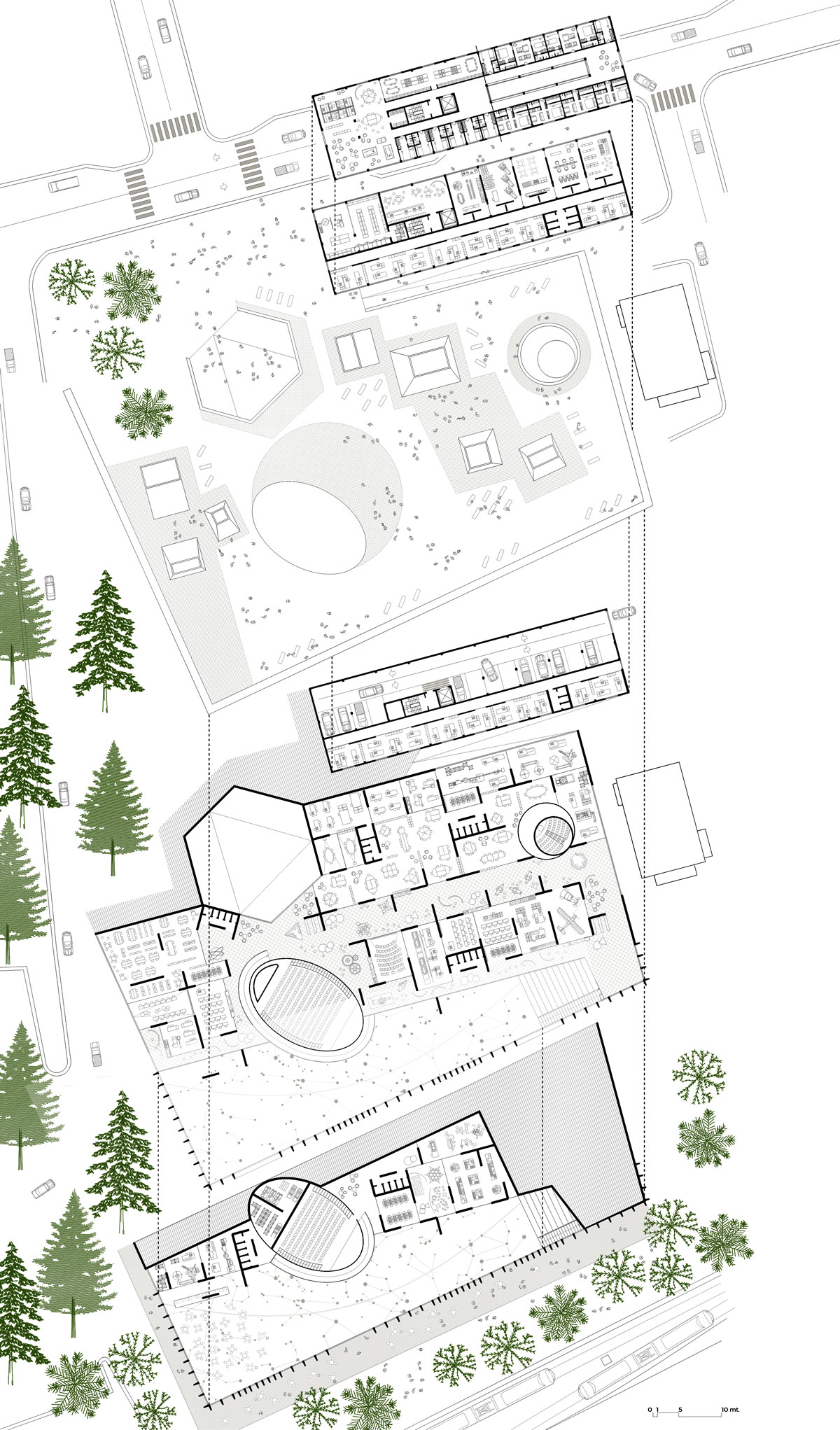 This is just the tip of the iceberg.
Two reminders ring: “open day for some new students’ residencies” and “Technorama opening ceremony”. There is time. It’s a matter of a moment and the slab swallows inside a labyrinth with thousands of possibilities where the gaze pass through a sequence of hard concrete walls after vanishing glass frames. 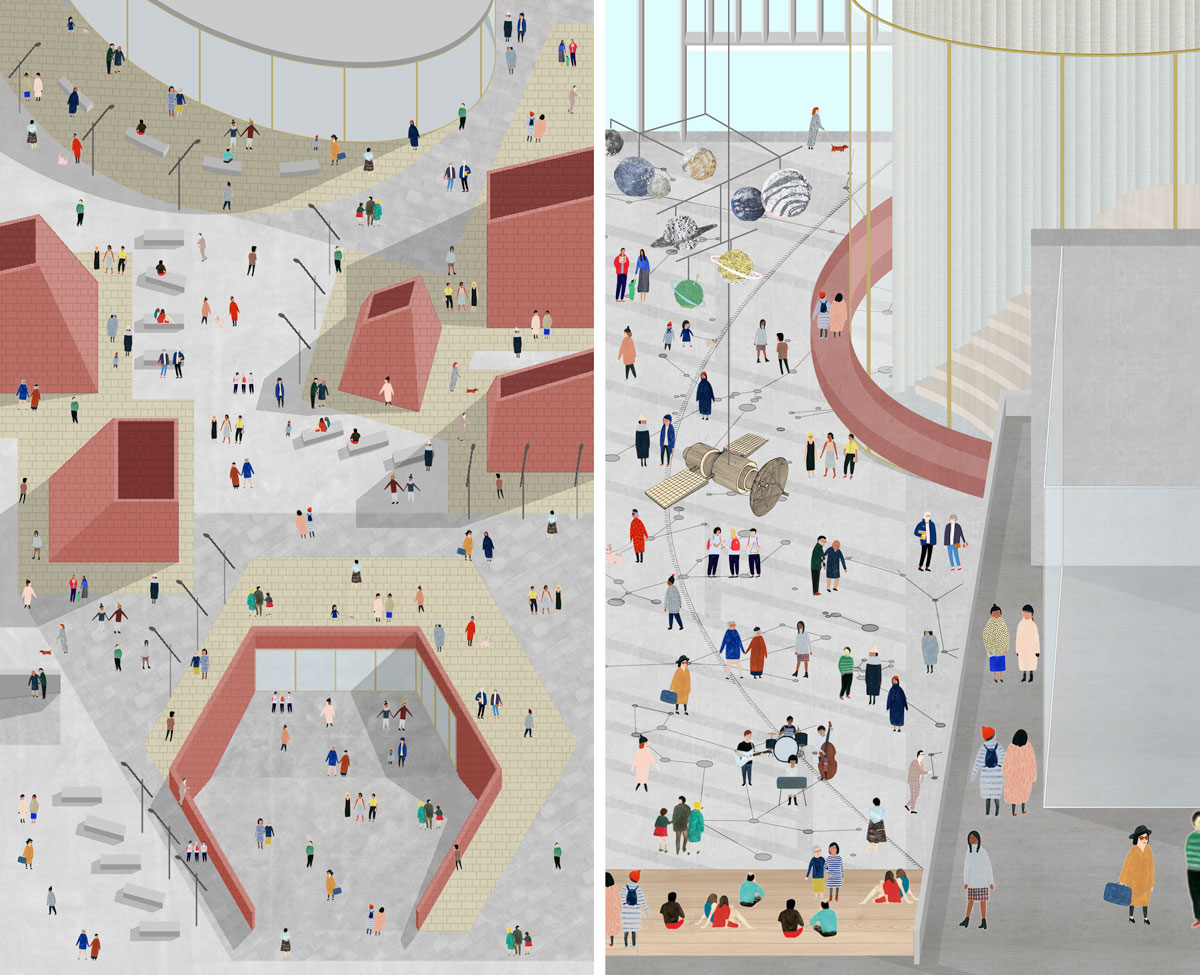 Then the cones push the sun inside, enlightening a planetarium courtyard, offices, co-workings and workshops. Yes, over there is Technorama, for sure. Their research centre is full of workstations, conferences rooms and labs again, all interconnected by a hybrid space where a tech expo spreads out almost everywhere. It’s possible to sense different realities at once and across an always different point of view. Over there the earlier rounded glass auditorium penetrates the jam-packet ground, surrounded by a floating elliptical ramp that throw you in the middle of the central nave. In the end, it stops inside the second underground storey where different public functions co-exist.

A covered square, all enlightened, and surrounded by the outer green corridor. With all these entrances there is no interruption with the outside. A dizzy and exciting mix of people working and spending their time together in culture, sports. A “unicum" of productive humanity and mutual caring, just under the tips of the icebergs. It's late and my new home is waiting just outside.